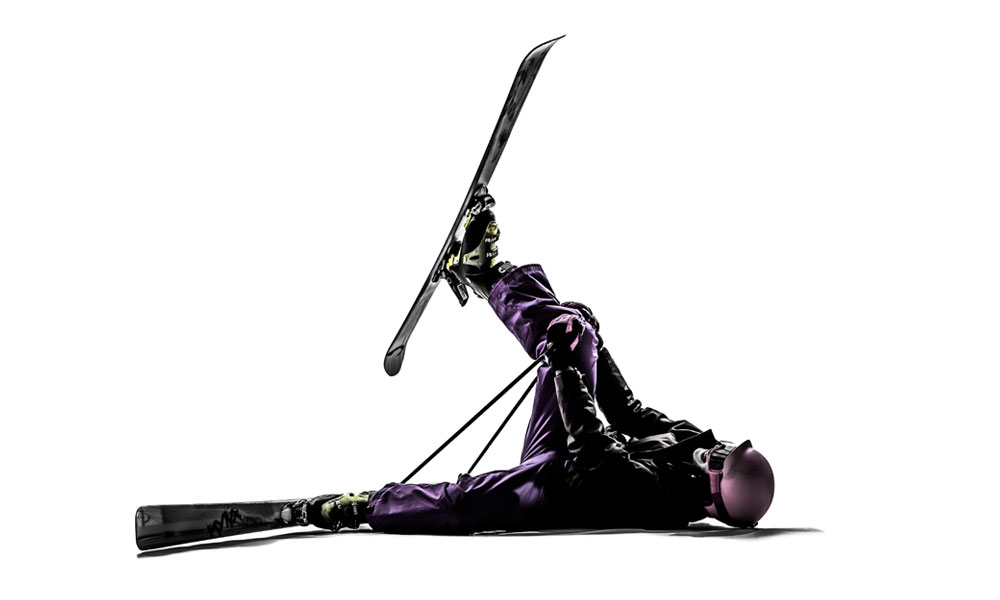 Anyone who has been involved in the ski industry will have heard of, or know someone who has ‘done their ACL’. We see a huge spike in the incidence of ACL rupture during the winter and for most, it will mean an end to their ski season. So, what does the ACL actually do? And why is ACL injury so common in skiers and snowboarders? Is there anything we can do to help reduce the risk of ACL injury? Here is PhysioVerbier’s quick guide on all you need to know about the dreaded ACL.

What is the Anterior Cruciate Ligament?

ACL stands for anterior cruciate ligament. It makes up one, of a four-part ligament complex around the knee joint. The role of the ACL specifically is to prevent the femur (thigh bone) from sliding forward on the tibia (shin bone). It plays a crucial role in knee stability, and although you may not have ever known you’ve got an ACL, most people feel a significant lack of stability in knee when it ruptures. This, along with swelling, a ‘pop’ sensation, and a history of a rotational force, are the most common symptoms of an ACL rupture. Manual testing of the knee by your doctor or physio is performed to test for instability, and often an MRI is used to confirm an ACL rupture. Some will choose to have reconstruction surgery, whilst others prefer to follow conservative management. Both options have been shown to have similar long-term outcomes in terms of knee joint function, but this decision should be thoroughly discussed with your doctor, knee specialist and physiotherapist to ensure you have as much information as possible before you decide. In either case, a lengthy rehabilitation process will be needed and will require dedication to achieve good results.

Skiers and snowboarders are particularly at risk of ACL injury due to the significant forces applied to the knee joint during these activities. Approximately 70% of all ACL injuries are non-contact, and most commonly involve a twisting or rotational force to the knee, which causes the fibres of the ACL ligament to tear. This can sometimes be accompanied by damage to other surrounding structures, most commonly the medial collateral ligament (MCL) and the menisci. Risk factors for ACL include unfavourable environmental and meteorological conditions, increased BMI, muscular imbalances and malalignment of the lower limb, incorrectly adjusted or poor fitting equipment, certain anatomical and morphological factors, and female sex. Women are 2-8 times more likely to sustain a non-contact ACL injury than males, and in alpine ski racing, approximately 22% of athletes have sustained an ACL injury, compared to 7% in male athletes. The precise reason for this has not been clearly identified, but is thought to be a combination of hormonal, muscular control and anatomical factors.

Reducing the risk of ACL injury

To reduce the risk of ACL injury, exercises designed to strengthen the lower limb muscle groups, improve balance, alignment and neuromuscular control are recommended. Ensuring your equipment, particularly ski bindings, are correctly adjusted is also important. If you have been diagnosed with an ACL rupture, be sure to ask your health professional if you are unsure what to do next. Most people make a full return to sport and are able to return to skiing or snowboarding without any problem so don’t panic- get informed on what your treatment options are, and get stuck into your rehab- the more you put in, the more you will get out!